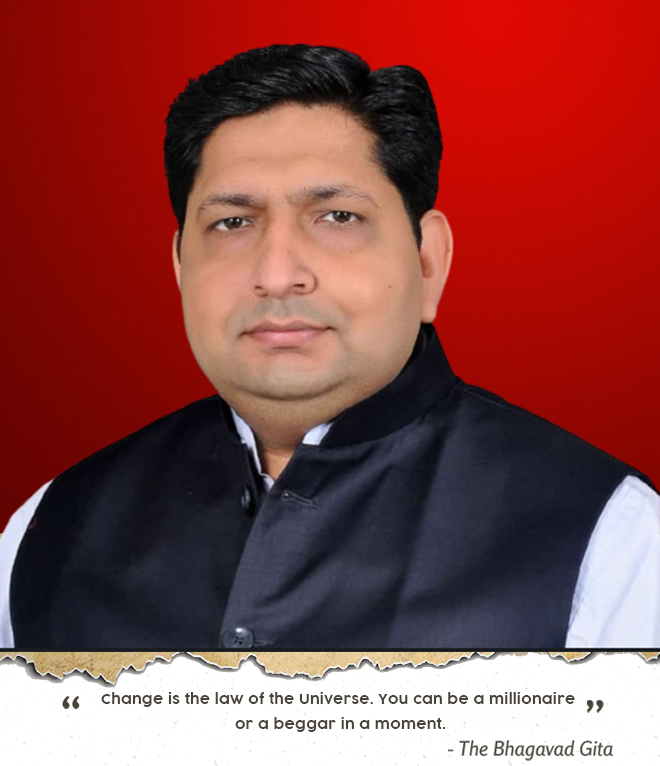 In the fields of astrology, and Vastu, gemstones, Pradip Verma has achieved great fame both domestically and abroad. A famous Vedic astrologer in Delhi, Pradip Verma is a well-known name in the mystical sciences and has attained a high level of dignity, as seen by his appearances on television. He has analyzed countless charts from throughout the world and comes highly recommended by readers as the Best Astrologer in Delhi. Pradip Verma is the Guru or guide you want handling your birth chart and providing guidance for your life; he has a humble and patient demeanor, and as a good listener and empathic person, there is much to be learned from his heavenly knowledge. He believes that his instantaneous fame is attributed to the accumulation of previous life positive karma and this lifetime’s dearth of information pertaining to our nation’s treasured Vedic knowledge. His fame and name is in the fields of gemstone recommendation and as an astrological specialist with in-depth knowledge of various Vedic scriptures. Pradip Verma is revered by his contemporaries and is known as one of the most accomplished Vastu and Astrology practitioners. He, despite his enormous success, does not believe in collecting accolades, despite the fact that he has been given several at award dinners and ceremonies. This is where his soft demeanor comes into play, as he thinks his honour is earned via customer happiness and by giving clients the solace and closure they require to deal with their life’s problems. Years have passed during which his clients have maintained a close contact with him, soaking up his supernatural knowledge and having trouble-free lives.

These customers have expressed their deepest gratitude to him for guiding them down the right path. Blessed with divine mystic knowledge he has gone on to amass a vast collection of ancient scriptures pertaining to the untainted study of astrology and numerology. This is what makes Pradip Verma an authentic astrologer. Instead of providing cold readings as many layman astrologers do, he has gone into in-depth study and spiritual practice to hone into the blessing of looking into the past, present and future of an individual, and collective. He has deep knowledge of these subjects and by reading thousands of charts has the ability to read the minutest details with ease, speed and especially accuracy. He has been using astrology for more than 20 years, and he is a master of the subject who also has a keen sense of life’s practical elements. He has high-profile clients in addition to his global notoriety, which is measured by the number of foreign clients he has. He counsels a number of influential politicians, as well as actors and actresses in television and movies and other forms of popular culture. Because of his commitment to maintaining his clients’ privacy and moral integrity, Pradip Verma is the most reputable astrologer in India.

What Clients Are Say About Pradip Verma

He gave a good analysis from looking at my birth dates and times. He is detailed and patient, giving lots of advice on things to be aware of and how to dispel some of the negative things you might come across. Analysis on my personality is accurate and i trust the analysis he gives.

Pradeep jee, thank you so much. I am really doing good in my life now and the life is very busy with so many positive results. Will visit u again with a beautiful good news. Thank you

Astrologer Pradip Ji is a genuine person. And he tells very simple and doable remedies. Not a cheat like others. His knowledge and readings are absolutely correct. Also, he is a very humble and down to earth person. People can trust him for getting remedies to their problems. Atleast he is a very positive person and he will not rob u of your money and not even hints u to buy gems from him. A must visit if u are into any kind of problem. Worth going. A simple and trustworthy person. U will feel like family when being with him.

He is very patient, intelligent and awesome... he is not a conventional astrologer.. he is well read n understands the current generation very well..

He is best scientist of astrology. Best as a person. Great solutions with simple advise Thank you sir for all ur suggestions and remedies

Pradeep Sir is one of the knowledgeable astrologer and has command on his subject. Small and home made remedy is miracle and really works. By behavior is very cool and listens to problems. He is not money minded otherwise, which is very common with Astrologers. Overall he is highly recommended astrologer as he also does medical astrology apart from normal astrology. Great experience and also wish for his healthy and long life to provide advise to many needy people.